The Annual Pasadena Warhammer Iron Painter competition kicked off today! So as a special update I’ll be posting some pictures from the event as a gateway to my newest foray into the Mortal Realms: Kharadron Overlords! The event is a 12 hour marathon competition to assemble, base and paint a box of troop, a character and a monster or vehicle.

Tools of the trade!

For the competition I chose to do:

The competition is mostly aimed towards Start Collecting! or boxed-sets but seeing as the Overlords are lacking a set I decided to put together what I believed to be a rough approximation. Back story and lore for the new expedition fleet will be covered in a following separate post.

For this new army I decided to use an off-shoot color scheme of Barak-Zilfin which most closely represents what I want my Overlords to be themed towards. I chose to do a grey undercoat (coincidentally my first time using a grey primer). 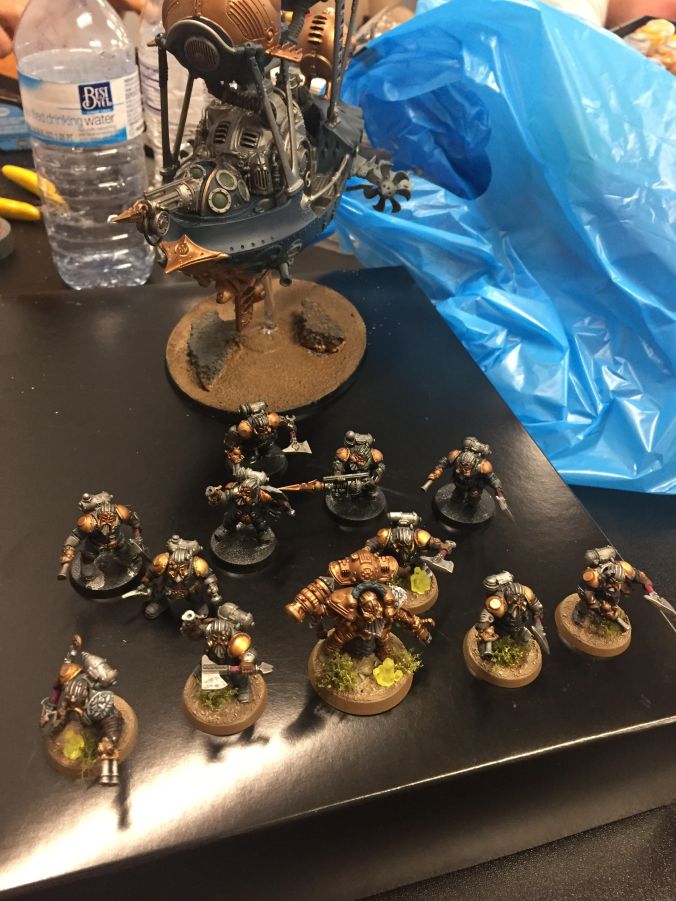 Due to the size of the frigate I was ultimately unable to complete the challenge in 12 hours but nonetheless I was able to make some headway into my new Kharadron Overlords army!