ALL HAIL THE OMNISSIAH.

Sicaran Infiltrator Princeps Quark-73 Neuria reports that small bands of depraved renegade Space Marines in service to the Ruinous Powers have been sighted on battlefields across the planet Seraph III. Imperial records indicate that the world was once home to a minor shrine to the Emperor of Mankind and may have possibly had religious relics of local importance. The remaining human population of this sector seem to adhere to the Imperial Cult but will require purity testing from the Ecclesiarchy before full trust can be given to them. Our forward deployed forces currently remain hidden from prying eyes; however, I have given the Infiltrators permission to engage enemy units to assist ongoing battles elsewhere in the region. 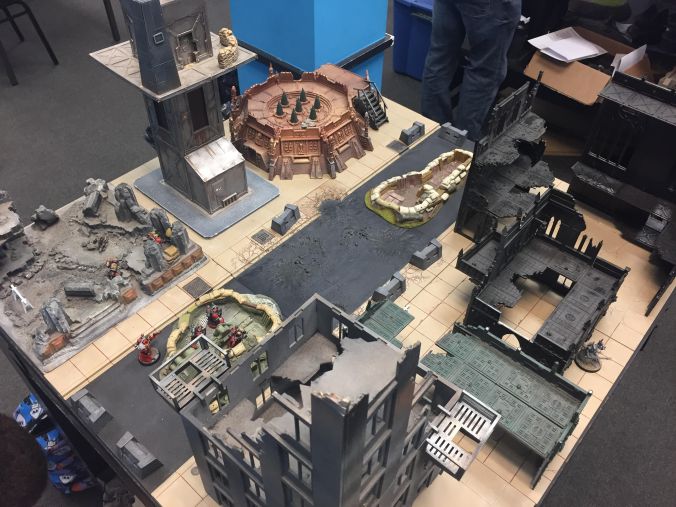 The ambushing Infiltrators engaged with enemy forces without alerting additional enemy reinforcements and were able to retrieve some additional data from their communication devices. According to their data, smaller warpstorms, separate from the external one that blocked off the sector several thousand standard Terran years before, have raged within the system blocking off these hedonists from external contact until very recently. These rogue Space Marines seem to have spilled out all at once across the northern portion of the sector looking for fresh victims with which to sate their twisted perversions. Quark-73 Neuria reports that these renegades seemed to be searching for something in the ruins but were dispatched too quickly to determine their ultimate goal; however, they also appeared to have been an honor guard or ceremonial unit of sorts indicating the possible existence of a leader or lord. In addition to the possibly religious significance of Seraph III, its close proximity to the mysterious Space Hulk makes it an ideal staging point for raiding and exploration both from allied parties and for enemies. Lord Arkhan I recommend that you continue to remain in the Raven’s Run asteroid field until such time that we can decisively create a forward operation location.